After steeping yourself by day in Granada’s history and culture, or whatever, there is a lot of fun to be had in the city by night and, if you know where to look, well into the next day as well. As you would expect of any major Spanish city the nightlife is late, great and pretty much whatever you want it to be. What are you looking for? 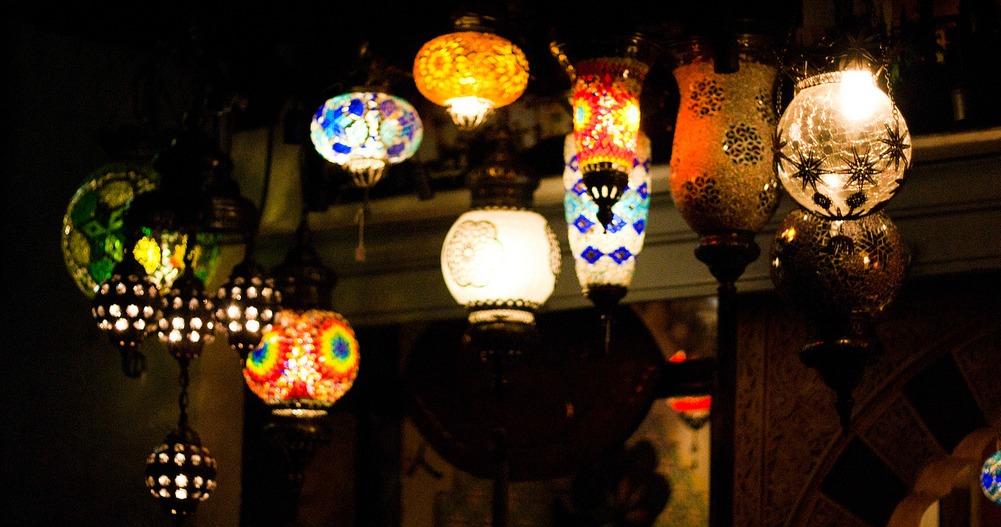 The Spanish are on a very different timetable to the Brits when it comes to socialising, and life in general, so if you really want to see how it’s done you will have to stay out late and expect a bit of a shock to the body clock. This is never truer than in the summer months when the nightlife only hots when the baked city streets have started to cool.

Kitchen’s don’t really open until 20.00. But after that, you will find plenty of bars and restaurants from which to launch yourself into a night out. Here are just a few suggestions to get you started. 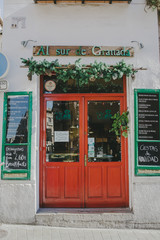 No list of Granada’s finest would be complete without the inclusion of this friendly little delicatessen and bar.

As well as providing a great selection of high-quality organic food and wine from around the province they also offer wine and olive oil tastings.

Open from 09.00-midnight every day of the year except Christmas day.

Another typical Spanish tapas experience which is a favourite with the locals. If you are a seafood fan this is the place for you.

Traditional but not old-fashioned. Go there for a good selection of local and regional wines with excellent recommendations from the barman.

Traditional Spanish bar just off Gran Vía and Calle Elvira offering good wines and free tapas. Standing room only unless you want to order from the menu. Try their meat or cheese platters. 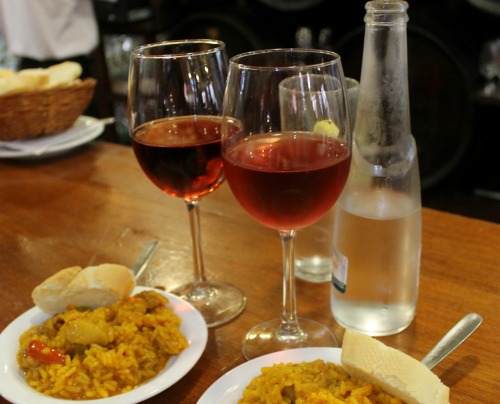 Situated at the foot of the Albayzín with views of the Alhambra, this is a great place to start a night out. The staff are friendly and the tapas generous. Try the patatas asadas and crepes caseros.

Truthfully, for the uninitiated, it is quite hard to find that holy grail: an ‘authentic’ experience of Flamenco in Granada. The best nights, as we all know, are so often the ones that we didn’t plan down to the last detail.

And the best Flamenco, by its very nature, occurs spontaneously in some smokey bar down some narrow alley that you stumbled upon… but not everybody has the time for this kind of discovery.

So, after research, there seem to be two routes for the visitor to take.

The first is to pre-book your ‘experience’ and be transported up to a Sacromonte bar, such as Venta El Gallo, La Buleria, Los Tarantos or La Canastera, where you are assured to see a show with food and drink included. You may be paying slightly over the odds and you may be experiencing the ‘for export’ version, but the important point here is that you will get to see some Flamenco. Not only that, Sacromonte is well worth the visit.

The other route is to take your chances and go in search of an authentic club peña. 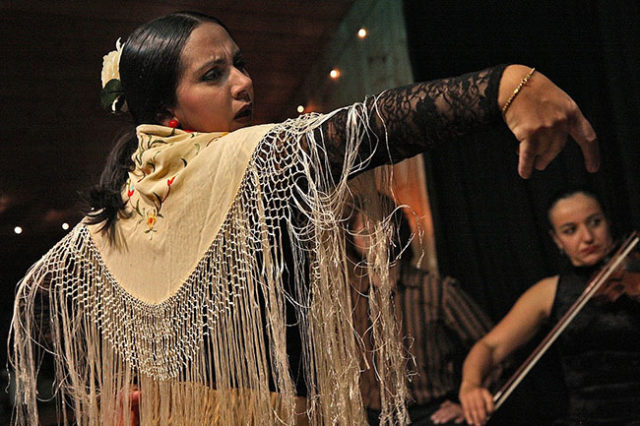 Here are just a few recommendations for finding flamenco in Granada. Click here for a detailed programme of performances in the city.

Jardines de Zoraya is one of Granada’s most popular venues for flamenco with some of the Spain’s most loved artists performing there. It’s a child friendly restaurant and pizzeria in the heart of the Albayzín with an early show at 18.30 and second performance at 21.00.

This is one of the best shows in Granada so it’s wise to book in advance.You can buy tickets for Flamenco and dinner at Jardines de Zoraya here.

La Platería is the original members club for aficionados of flamenco in Spain. Located in the Alzayzín, this well-respected establishment has launched many flamenco careers. Performances start at 10.30 on Thursdays and Saturdays. However, Saturday nights are for members only.

This intimate flamenco and jazz club is a favourite venue for locals and it is the place where artists from the now closed Huerto del Loro now perform. During the day they offer guitar and singing lessons and show art exhibitions. Entrance is €6 and shows start at 21.30.

Another atmospheric little place to experience some flamenco. Entrance is €6 and shows start at 21.30.

If you want to stay out all night or at least well into la madrugada the early hours, Granada won’t disappoint. Whether you’re looking for an all-night dance floor or a cool local haunt with live music there is something for everyone this fantastic city. Here is a selection of places for you to consider but if you’d really like an insider’s account of La Grana’ino vida nocturna check, out this post from Josh Taylor, one of our contributors, on the GranadaSpain Blog.

If you like to get dressed up then Mae West could be the place for you. This is a large busy club, situated in part of the Neptune Shopping centre, and frequented by the likes of La Liga’s Granada football club, where the venue plays commercial pop, dance and Spanish music. There are live music nights and events for Halloween and Christmas as well as the regular Ladies’ Nights and Latin nights. Get your Salsa on and be prepared to dance until dawn!

The drinks prices are a little above average but entrance before 2 am starts at only €11 which also includes two drinks. More details can be found on the Mae West website here. 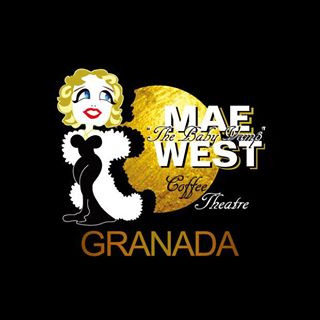 Visit Rocknrolla Underground Club for a lively atmosphere, live music, and quality rock tunes. Good music and friendly staff, this is another late stop on your night out, it opens at 1 am but won’t kick you out until 7 am when it’s time for Churros and the walk of shame, made better by the stunning Granada sunrise!

Follow the Rocknrolla Club Facebook page for updated info on events and entrance prices – which range from free to €5 including a drink. 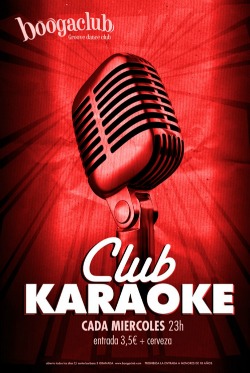 As you fall out of one of the many bars in Granada, you could fall into the Booga Club which is open seven nights a week until 07.00 in the morning.

This is a groove dance club which hosts international DJs playing Hip Hop, soul, funk, electro, Chicago house, Jazz and reggae. Check the website to find out when you can catch karaoke nights (Wednesdays), jam sessions and live music.

Entrance is often free on Sunday and Monday evenings otherwise a cover charge varies from €3.50 to €7 according to what’s on that night and it generally includes your first drink.

If you’re all dressed up and looking for the perfect Granada holiday selfie, then head to El Camborio. The terrace overlooks the Alhambra Palace – the very best view in Granada. Enjoy Hookahs and Cocktails in El Camborio’s late night club where the crowd is mostly foreign students, holidaymakers and a smattering of locals.

Friday, Saturday and Sunday El Camborio is open from midnight to 7am.

Open Thursday, Friday and Saturday from 12:30 until 07:00, Sala Camden is the place to go for Reggaeton, Chart music and it’s usually packed with University students. Around €5 for a copa, and €2.50 for a beer, the drinks are reasonably priced and there’s a friendly atmosphere around the bar and the dancefloor with podium.

Follow Sala Camden on Instagram or on Facebook for news of upcoming events and to get an idea of the kind of night you could expect to have there. 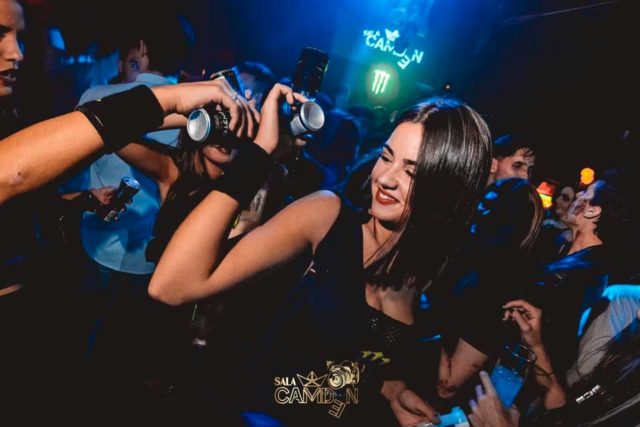 Open 22.00-03.00 seven days a week Pato Palo is a small bar where they play salsa and reggae and a great place to have a dance before moving on to one of the later clubs. The place doesn’t really start to fill-up until after midnight and opening is extended until 04.00 on Friday and Saturday nights. It can get very crowded leading up to closing time.

A longstanding fixture on the Granada scene this bar has been opening its doors for almost four decades. Entrance is free.

Unlike Sitges, Madrid, Barcelona or Ibiza, Granada is not listed as one of Europe’s gay hotspots but you won’t be disappointed by the city’s growing gay scene, or the straight scene for that matter, which is open and welcoming.

The Blue Angel is one of Granada’s most popular gay bars/dance club. Featuring regular strip and drag shows, it’s a great place for cruising. It attracts a young crowd (mainly men) and has a dance floor downstairs as well as an active darkroom.

After more than 25 years in business, this intimate establishment is the longest established gay bar in Granada. Plays house and dance music for a mixed crowd: lesbians, young gays and straight friendly.

Tic Tac is open to all but attracts mostly men of all ages. A popular place for coffee during the day, at night it’s a hookup spot and is one of the few places in Granada with a dark room. Check out The Tic Tac on Facebook for more details.

This is a good spot for bears on the prowl. Ambient XXL attracts gay men only and also has a dark room.

Colourful mainstream gay and lesbian late-night bar with dance floor, friendly staff and a choice of reasonably priced cocktails. Check it out Six Colours on Facebook. 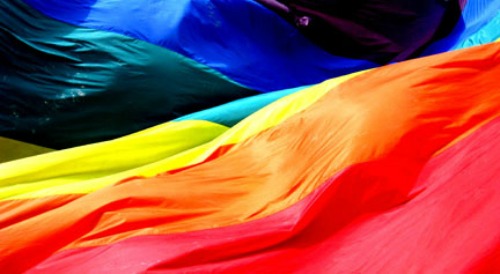 Head for this straight-friendly gay disco after the regular bars have closed. For a little bit of late-night seediness and some good house music this is the place to be at 03.00.

This is a lively gay bar that attracts a mixed crowd and is known for its great drag shows. They put on themed parties every other Thursday.

Vogue is a gay-friendly dance club. The crowd is more mixed at the weekends when the gay locals might tend to head for the more strictly-gay bars.

Click here to print voucher for free entry up to 03.30.

Gay disco dance club with mixed clientele that will take you into the next morning. 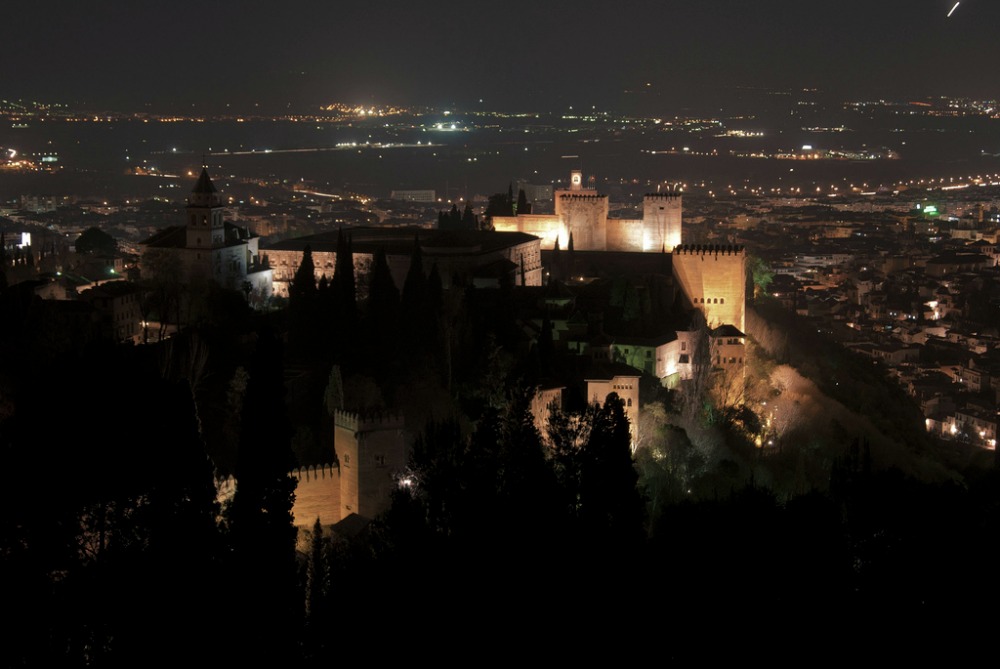 Click on the markers to find the nightspots in this article.